Patrick Scally was (arguably) the oldest son of Thomas and Jane (Covahey) Scally, born near Strokestown, County Roscommon Ireland, sometime between 1839 and 1850.  Family lore has it that Patrick and his father came to Texas, Maryland first, around 1851, and that Jane followed later, with Michael, John and Malachi.  US Census data on immigration lists Patrick’s year of immigration anywhere from 1869 to 1871, all of which are wrong since he was already in Texas Maryland before the 1860 Census.  I have found Thomas (age 24) & Patrick (age 11months) Scally on the Montezuma which arrived in New York on 16 June 1851 but the ages aren’t exactly right. As a matter of fact, due to inconsistencies in the way ages were reported in the US Census and other places, I am not certain of the actual birth years on any of this generation.  For example, Malachi appears to have been born in Ireland 4 years after his father Thomas had left for America.  More on Malachi in a later post.

Patrick married Annie Cummings in 1871 in Texas at St. Joseph’s Church.  Annie was born in County Roscommon as well.  Although I have no evidence that the Cummings family knew the Scally or Covahey families back in Ireland, it is highly possible that they did.  There were many families from the Strokestown area that emigrated to Texas Maryland, especially during the Great Famine (1847), and we know that many of them traveled together directly to Texas after arriving in New York.   Annie’s parent were Lawrence (1815-1878) & Catherine (Holly, 1820-1897) Cummings.  Annie had a sister named Bridget (who married Michael Croghan of County Roscommon),  a sister Mary who married Mr. Harlow, and a brother, John who was a well-known dentist in Baltimore County who never married.  None of Annie’s siblings had descendants, as far as I know.

Patrick and Annie had 14 children (according to the 1900 census), 9 of whom lived to maturity:

Below are links to some documents and newspaper clippings related to the family of Patrick and Annie (Cummings) Scally: 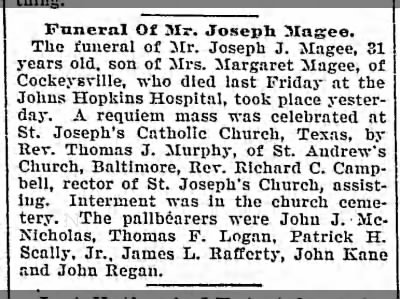 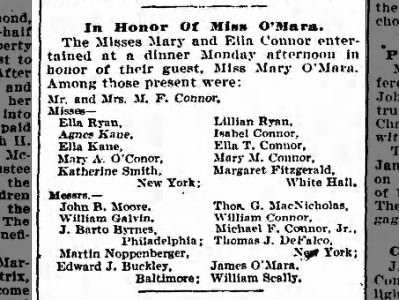 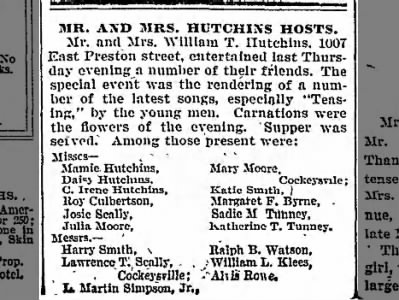 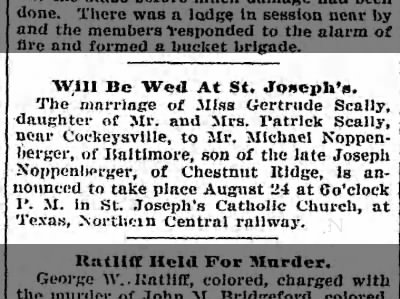 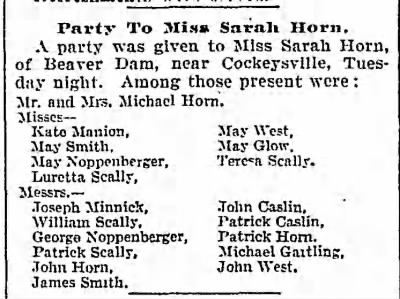 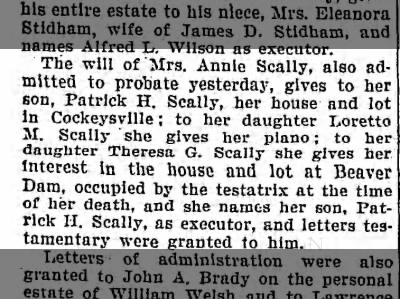 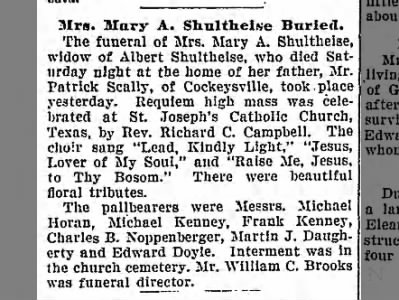 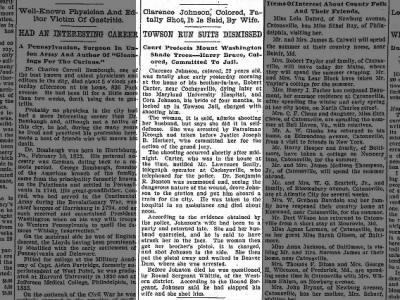 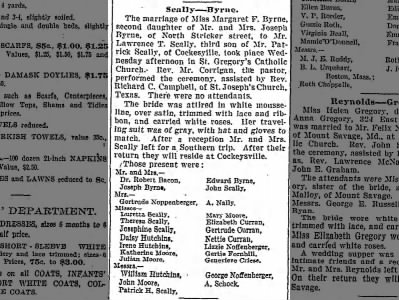 Scally, Kilroy, Noppenberger and others at the Texas Athletic and Literary Club, 1911 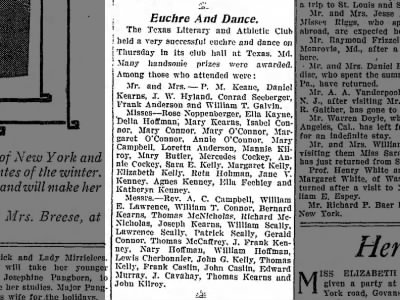 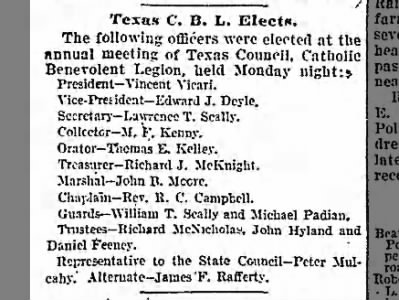 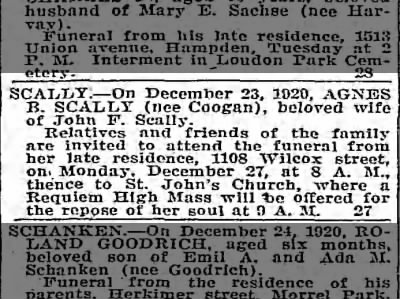 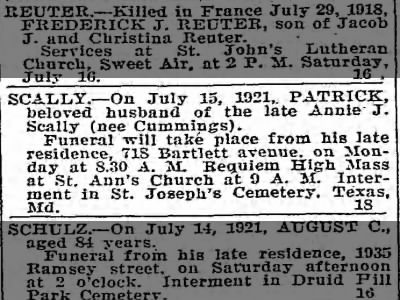 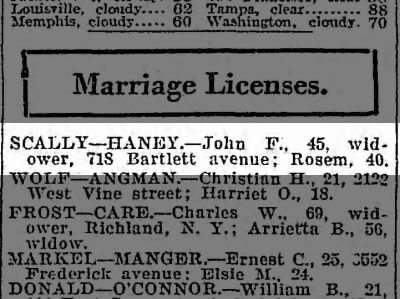 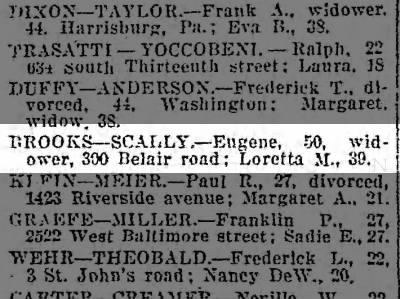 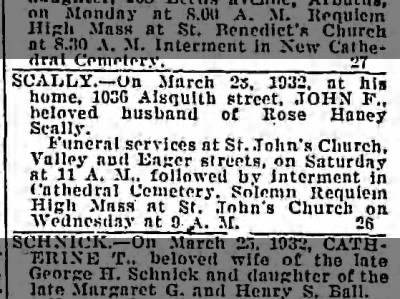 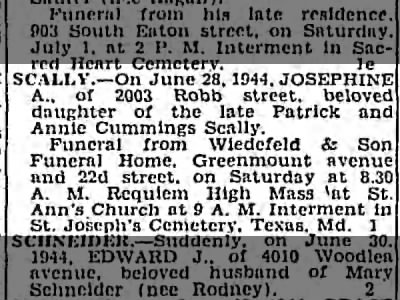 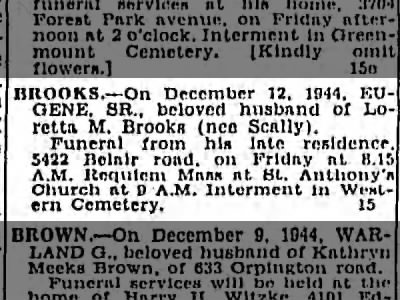 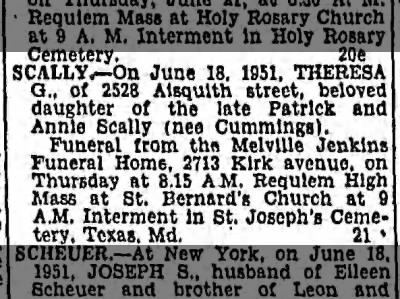 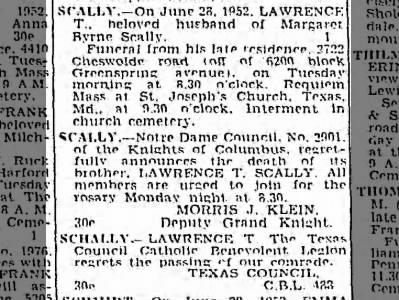 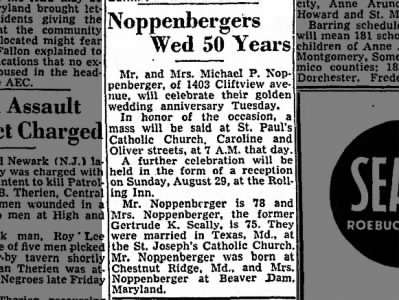 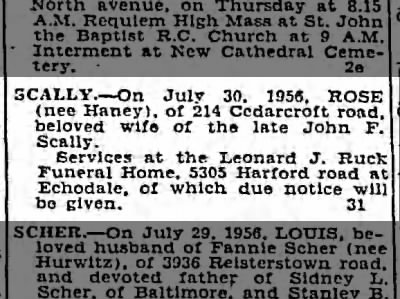 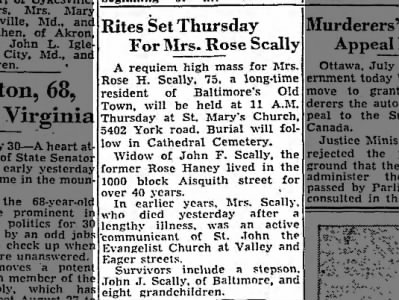 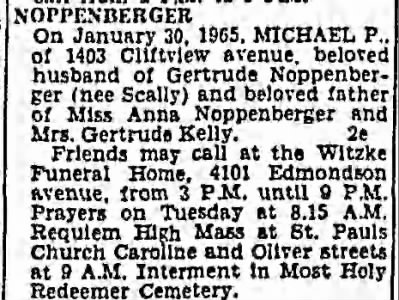 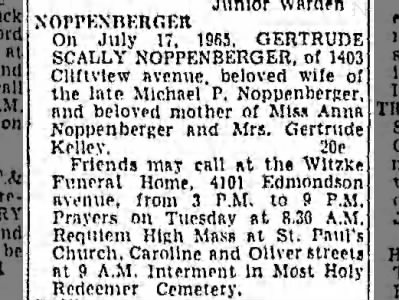 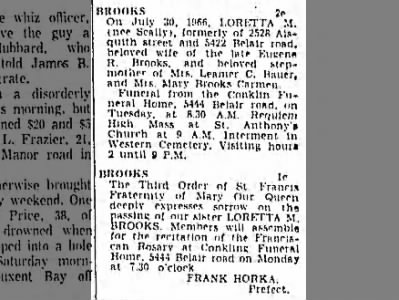 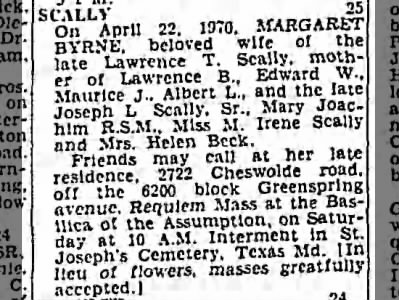